The Class of 2021 seniors are experiencing something unprecedented.
Normally, attending high school football games is a no-brainer for most students and a popular social activity to kick off the weekend.
This fall, however, citing concerns over the spread of the coronavirus (COVID-19), admittance to football games around the state has been severely limited.
Event participants, defined as “players, managers, administrators, coaches, officials, and cheerleaders in uniform,” are distributed two tickets to use each, meaning the crowd at games is made up mostly of parents and spouses, with few students making their way through the gate.
To help allow these seniors to still gather and cheer on their classmates, 925 Social, located inside Legacy 925 at, you guessed it, 925 N. Lapeer Road, made the decision to opened their doors to the current seniors for the season-opening victory on September 18 over the L’Anse Creuse North Crusaders and plans to do so each Friday during the football campaign moving forward.
The Wildcat football games are aired on Oxford Community Television (OCTV), and Amie von Knorring, an Oxford Community Schools mother and Fundraising Coordinator for the Oxford Junior Wildcats (OJW), first brought this story to The Leader’s attention.
“It’s been really nice,” 925 Social’s owner, Lisa Sell-Hocson, said. “It was impromptu, we ran into a group of seniors and they were telling us how they’ve just been turned away left and right to set up shop somewhere and watch the game together.

“We couldn’t have them set up a screen due to township ordinances, so we just invited them in because we do have the space to properly distance everyone in our event center and they had a great time, so, we’re just going to keep it running as an ongoing weekly thing to support seniors and watch the game. The feedback has been wonderful from the community.”
925 Social is currently closed for regular dine-in services and despite making the decision to allow these students in just 48 hours before game time, on Wednesday, September 16, still attracted an estimated crowd of 40-to-50 seniors for the season-opener.
“We had a ton of support from Amie, who is part of the OJW, and a lot of support from just admins from the high school that were super excited we were doing this,” Sell-Hocson shared.
Demonstrating themselves are the quality young men and women we in the community know they are, the Oxford High School seniors were polite and thankful to Sell-Hocson and her team for hosting them, and even helped clean up and reorganize postgame. 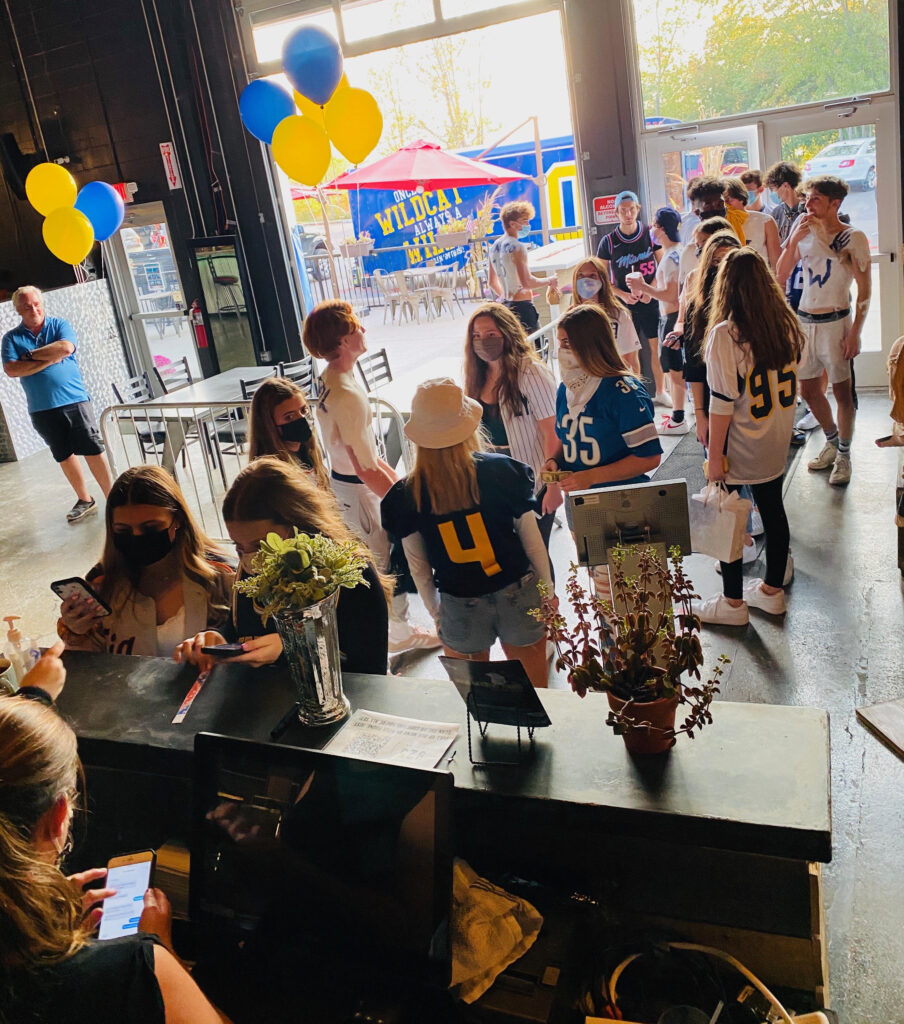 “I can’t speak any more highly of them,” Sell-Hocson said. “The group that was here, I think they thanked my team and I about twenty separate times. One of them was actually in tears almost because they were just super, super excited we were doing this for them.
“On top of all this, at the end of the night, they actually put back furniture in one of our private rooms, they were helping clean up, they just wanted to show some gratitude, it was super impressive.”
Pizza and beverages are provided during these Friday watch parties, as well. For $1, seniors receive a soda of their choice – yes, refills are included – and for $5, they can have two pieces of pizza, too.