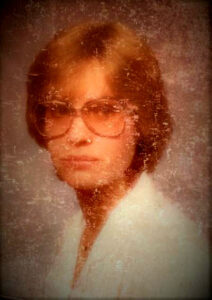 Debbie graduated in 1983 from Oxford High School. She worked as a Lab Technician for American Aggregate in Oxford, where she had worked over 30 years. She was a hard worker, who took great pride in her work. Debbie enjoyed camping all around the State of Michigan, usually taking her German Shepherd along with her. She was devoted to adopting “rescue” dogs, and had adopted at least three German Shepherds over the years. Debbie supported Oxford K-9 Stray Rescue League, giving dogs a new leash on life. In memory of Miss Ingles contributions are encouraged to Oxford K-9 Rescue, 2120 Metamora Rd., Oxford, MI 48371.
Debbie is survived by her father, Russell Ingles of Lapeer; brother, John Ingles of White Lake; nephew, Daniel Ingles of Kalamazoo; faithful companion, German Shepherd “Nova” and many aunts, uncles, cousins and dear friends. She was preceded in death by her dear mother Wanda Ingles; infant brother, Steven and her grandparents on both sides of the family.
No formal services will take place at this time. Cremation has been entrusted to Muir Brothers Funeral Home in Lapeer.
Please share condolences and memories with Debbie’s family at this website MuirBrothersLapeer.com.