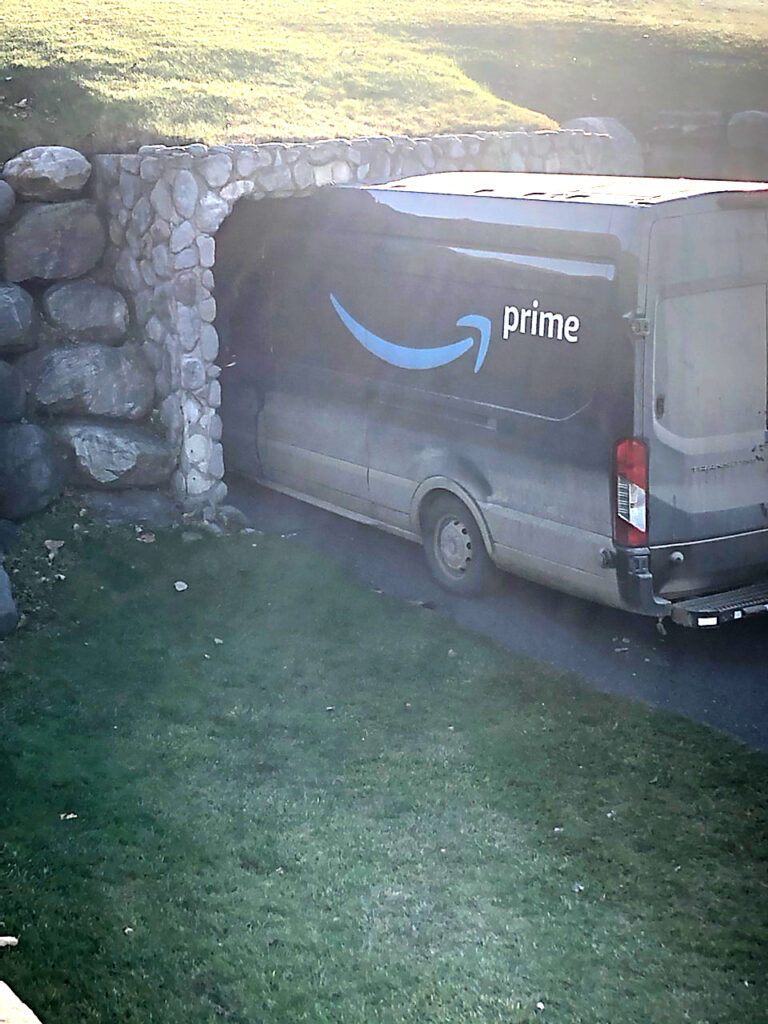 By Teddy Rydquist
Leader Staff Writer
In what sounds like a sketch from the popular television series Reno 911!, an Amazon delivery van became wedged in the tunnel used to transport carts under Lapeer Road at Boulder Pointe Golf Club at 2:35 p.m. on Saturday, November 7.
The van, a Ford Transit-250, was driven by a 24-year-old man from Detroit, who was unfamiliar with the area. Thankfully, he was not physically harmed during the incident.
Describing what had happened to responding Oakland County Sheriff’s Deputies, the man said he had turned onto the cart path because his global positioning system (GPS) instructed him to.
Lake Orion-based Buckhorn Towing was able to remove the van and the tunnel did not suffer any significant long-term damage.
An Amazon supervisor arrived on scene and arranged for the van’s contents to be loaded into another delivery vehicle, ensuring their arrival as soon as possible.
Taking about an hour-and-a-half to remove the van and transfer the items inside, the scene was cleared shortly after 4 p.m. 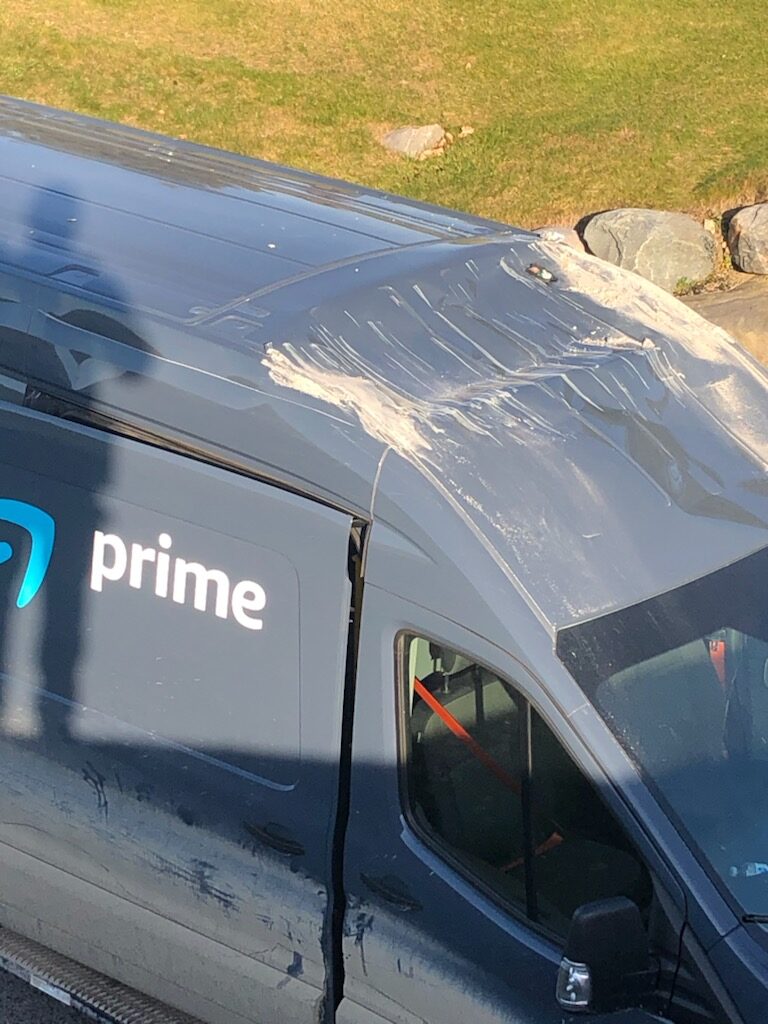