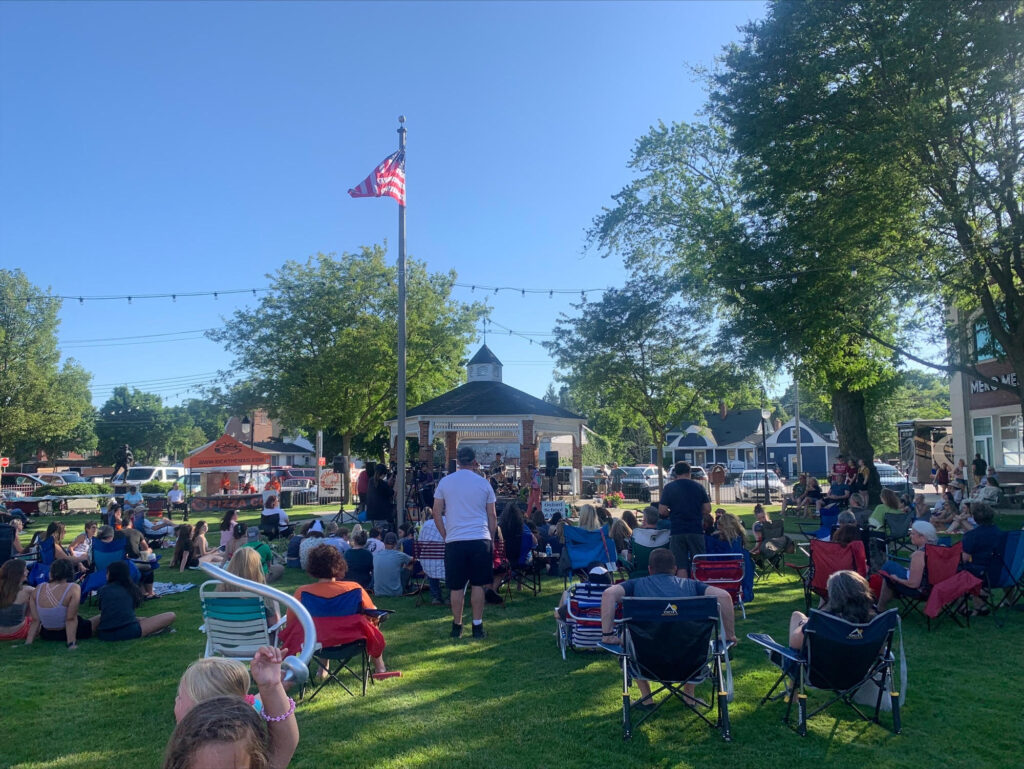 Centennial Park was rocking to the 80s last Thursday night, as the Concerts in the Park series officially kicked off. Concert goers listened to Majiklee Dulishus and dressed in 80s themed costumes. According to Oxford Downtown Development Authority Executive Director Kelly Westbrook said this Thursday is kids night, with a costume theme of “princesses and super heroes.” The Youngbloods will open at 6 p.m. and Oxford’s own Ava Swiss will perform starting at 7 p.m. Ladies, if you want something to do on Friday, Oxford and Lake Orion DDAs are teaming up for a Ladies Night Out event in both communities (with the trolley running between) from 5 to 9 p.m. Photo courtesy of Oxford DDA