It’s been an interesting few weeks!

As slow as 2020 seemed to be, 2021 is humming along unnaturally fast . . . yeah, I know, I know: time is time and it’s set at one speed. Figuratively, however, I gotta’ say the year is whipping by, especially the last few weeks.
Working for the newspaper here kinda’ keeps me feeling young and on my feet. And, while my reflexes may be slower, I think my Spidey senses are spot on. It is very easy to guess what folks will say once I’ve pounded out another (brilliant, I might add) Don’t Rush Me column.
About three weeks ago I reminisced about a local dude who had passed away in the 1990s. Lee “Indian Joe” Clasman lived his life, his way — in the “Indian way.” For years up until he passed away, he walked all over north Oakland County.
Here’s what some of you had to say about that column. 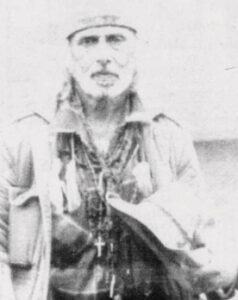 Dear Mr. Rush. I just finished your column in The Citizen on Indian Joe, and must say that you brought back some fond memories. As youngsters we vividly remember him shuffling down roads all over Oakland County. We watched him trudge through all kinds of weather with his quirky clothing and jaunty hats with the feather in the hatband. We wondered where he came from, what his story was, and he became a legend in our young minds. Thank you for giving his life some closure and leaving us with a surprising sense of dignity and maybe even a little envy for getting to know who he was. Love reading you every time this little gem of a newspaper comes to our house!! — Rebecca R.
* * *
I remember a time that I let him into St. Joseph’s Church. The choir was there practicing (my parents were in it). Everyone got mad at me for letting him in. It really showed me how hypocritical all of those people were. — Mark B.
* * *
Thank you for your column re subject! We moved to the Clarkston area in ‘87 and I have no recollection of Indian Joe, probably because I was “too busy” working and not paying enough attention to “living.” While ‘tis true we are all a sum of our parts, we sometimes forget that we are all a “part” of one another. Thank you for reminding me. — Stephen S.
* * *
I could come and go and few would know, but for him it was big news when he was no longer with us. He was someone we always looked for and wondered about. Who else leaves a legacy like that, where a whole region of people look to you as a landmark and reminder that everything is as it should be? — Wendy P.
* * *
Nice column Don. I purchased a dream catcher from him once and sat and talked with him. He was proud of how he collected the feathers and how the ‘Indians did it.’ I had that handmade ‘conversation piece’ for years hanging in our basement. I too thought my Irish was Cherokee and had a long conversation about our heritage. Interesting guy and he will always be a memory of my childhood. — Kimberly W.
* * * 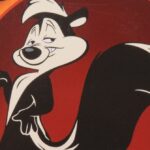 Two weeks ago, I penned a “gem” of a Don’t Rush Me. I opined on one of the hot topics across the country — Critical Race Theory (CRT). I postulated folks on both sides of the CRT issue need to come together to find common ground and then work from there out versus working from the outside, in (like using a Venn Diagram). I ended said column stating something like, “CRT is just that a theory — doesn’t make it a fact.”
Predictably I got a few reader responses.
BREAKING: Old white guy dismisses Critical Race Theory as “just a theory.” — Daisy M.
* * *
And, this email from a reader who I will leave as anonymous.
Neanderthal Philosopher, Couldn’t agree more with your column this week. As a stepfather to two amazing sons who are biracial, we’ve seen racism firsthand in our local school district. If someone is racist, it usually starts at home. As parents, we must teach our kids to respect all life and the diversity of it. Regardless of upbringing or social status, we must respect the dignity of all human beings. This idea of CRT does nothing more than to promote divisiveness and separate people based solely on color of skin. We need to promote kindness and compassion rather than divisive theories. Keep up the great columns. Poke the bear!
* * *

And, speaking of kindness and compassion . . . last week I recounted the killing of my house by Mother Nature, big winds and an old maple tree. Many, many of you reached out to offer your condolences and thoughts of compassion.
To you all, “Thank you!” Know this. No one was hurt except Casa D’Rush and since Casa D’Rush ain’t alive, it really ain’t hurt.
Thanks for reading and caring enough to write, everybody! Send your comments via email to DontRushDon@gmail.com

One Response to "It’s been an interesting few weeks!"