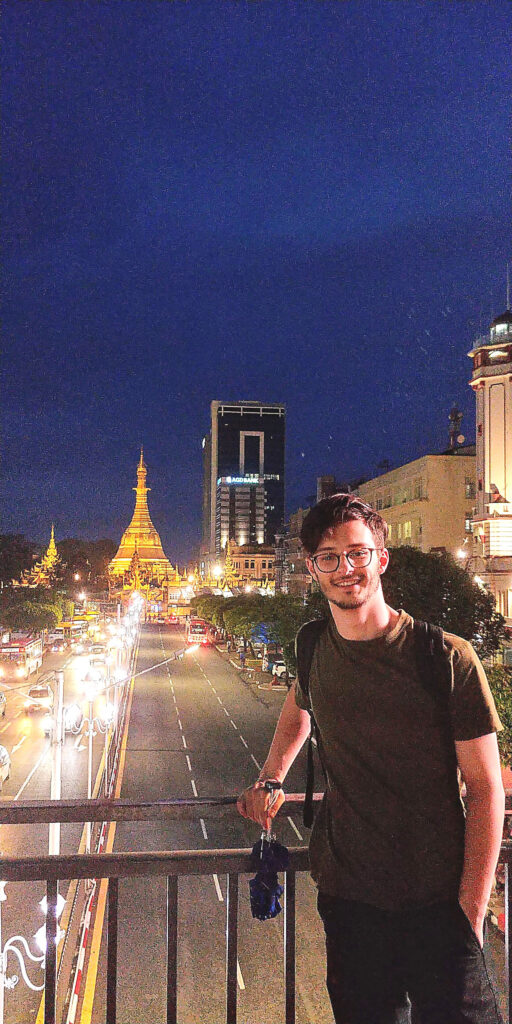 “They run a hotline and a bunch of different social programs for migrant workers who come from Burma to Thailand,” he said of Isara’s daily activities. These workers primarily work in the fishing industry, but also garments and manufacturing. The hotline is so workers can call in and report a boss who is verbally abusive, or whatever the case may be.
“Isara partners with a lot of American and European brands, and they aggregate all the complaints on the ground on the hotline and can go to the corporation and say, ‘Your supplier is doing this and this, you need to call them and tell them to cut it out.’
“That’s the model. It doesn’t always work out that way, but that’s the idea.”
Following the completion of his second stint in Thailand, Baldiga, who can speak or read five different languages, is considering a couple of different options for graduate school.
“I’m thinking about applying for grad school this year to attend next year, or apply next year to attend the year after,” he shared “Most likely in the United Kingdom because there’s a couple of programs, a public health program and a development program, I’m interested in. I’m thinking about applying for the Marshall Scholarship from MSU.
“The Marshall Scholarship is a bit more selective than the Fulbright because it’s more money and you have to be nominated by MSU. First, you must apply through MSU, and they decide if they want to recommend you as a candidate, and there’s a board you must go in front of and they grill you with questions.
“Then, if you make it through that, they’ll send it to the Marshall program and they’ll grill you with questions, too. Plus, you need to be accepted into the grad program or programs you want to do. So, it’s a lot to pull off.”

One Response to "OHS grad looking to make worldwide impact"