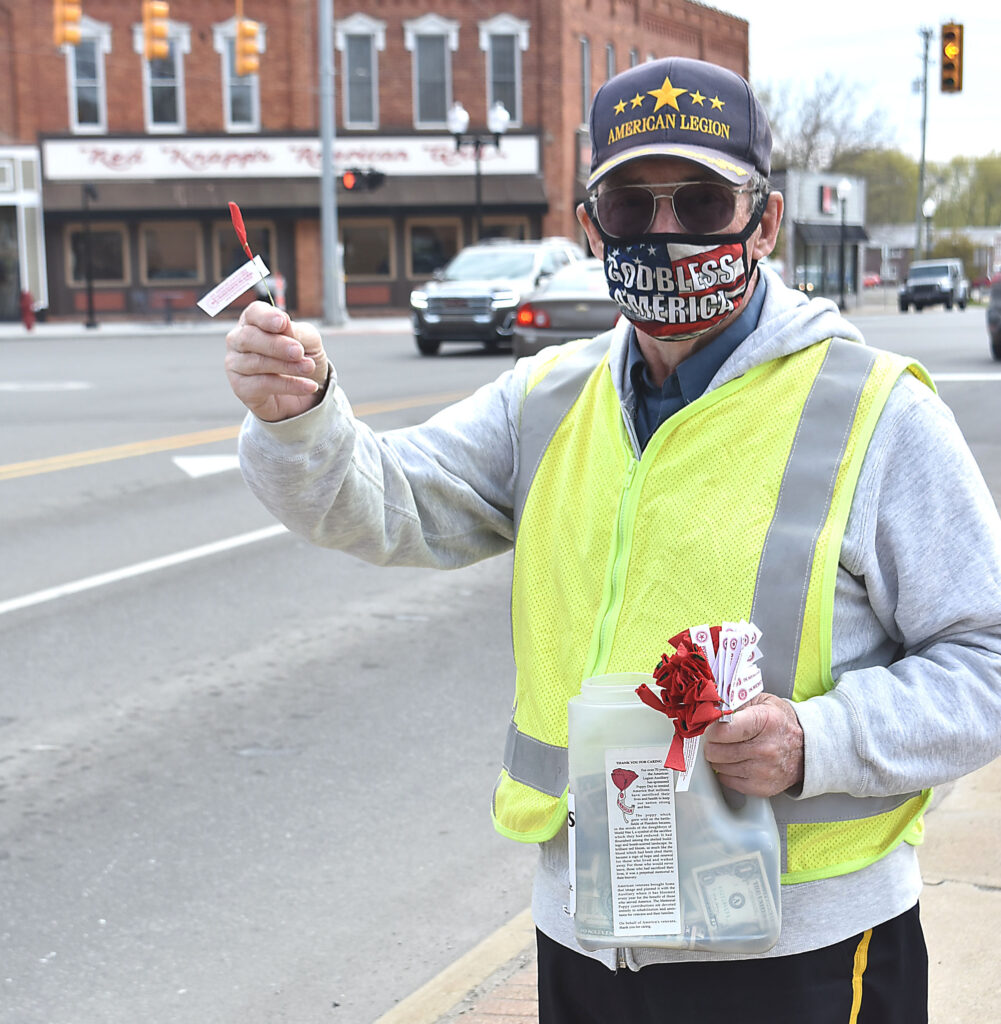 American Legion Walter Fraser Post 108 handed out poppies for donations over the weekend at intersections throughout town. Pictured is Jim Parkhurst, a longtime member of Post 108 and veteran of the U.S. Army, selling the red remembrance poppies at W. Burdick and Washington St. on Saturday morning. The handmade paper flowers were made by American Legion and Auxiliary members. The red poppy is a nationally recognized symbol of sacrifice worn by Americans since World War I to honor those who served and died in all wars. Donations are used to support veterans, the military community and their families. Photo by J. Hanlon.