Push back on violations of our precious rights 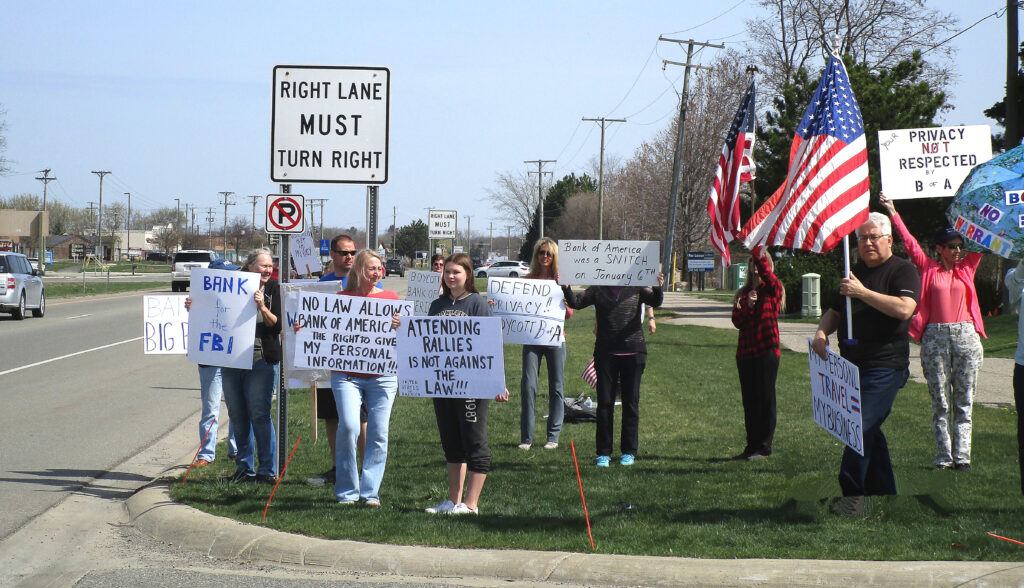 Dear Editor,
While running errands on Saturday, April 10, in Lake Orion, I noticed about 20 people gathered in front of the Bank of America branch on Lapeer Road. They were pretty disturbed about something, so I stopped to find out why.
It turns out that major news media reported Bank of America had voluntarily and happily given personal financial and travel information about hundreds of customers to the Federal government, reportedly without any subpoena or court order. The customers were only “guilty” of going to our nation’s capital in January around the time of the often-mentioned attack on the Capitol Building. Now I see why this “data sharing” is so dangerous.
Some carried signs. One woman’s sign read, “Attending Rallies Is Not Against the Law.” Another read, “Defend Privacy – Boycott BofA,” while another noted, “Bank of America Was A Snitch on Jan. 6”.
When we give our health, financial, passport, credit card, and other information to a company, we expect it to be kept secure. Terms of agreements or contracts we sign with the bank provide the government with access when police swear out a warrant in front of a judge, indicating they have evidence the person may have committed a crime. Our laws do not allow “fishing” expeditions, however.
Oakland County citizens were upset last Saturday because there was no court order requiring Bank of America to provide any information. The Bank Secrecy Act, also known as the Currency and Foreign Transactions Reporting Act, requires reporting five types of suspicious financial transactions such as money laundering but does not include travel to political rallies. What were they thinking?
Reporting private transactions without legal authority is dangerous and sets a bad precedent. We don’t want politicians using this power for political purposes. The FBI and other law enforcement agencies need to study the Fourth Amendment to the Constitution. It clearly says, “The right of the people to be secure in their persons, houses, papers, and effects, against unreasonable searches and seizures, shall not be violated, and no warrants shall issue, but upon probable cause, supported by oath or affirmation, and particularly describing the place to be searched, and the persons or things to be seized.”
So I can see why these protesters felt violated. America is better than this. We all need to push back on violations of our most precious rights.
Jay R Taylor,
Oxford