Former Oxford resident Richard Lee Kessler  passed away on March 25, 2020. He was born October 17, 1948 in Mt Clemens, Michigan and grew up in Oxford.  He passed away at Veterans Hospital in Nashville, Tennessee with his daughter and son-in-law at his side. 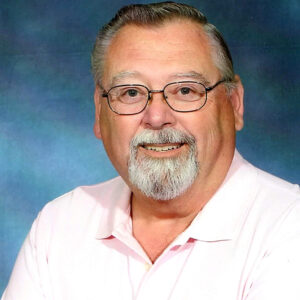 Richard lived in Oxford until moving to Columbiaville, 42 years ago. He graduated from Oxford High School in 1966, and served in the Army from 1968 to 1970 on active duty and inactive reserve until 1974.  Richard was a meat cutter for 40 years retiring from Farmer Jack (a Detroit-based grocery store chain).  He enjoyed knitting, watching sports, watching freighters in Algonac, traveling, campfires and camping with his friends and family.

He was preceded in death by his parents, Kenneth and Barbara Kessler.  Richard is survived by his sister Darlene (Dick) Hauxwell; children Ranessa (Rick) Dynes and Justin Eliot; grandchildren Nicole Dynes, Holly (Ronald) Foreman, Michael Dynes, Brooke Dynes, and Christian Dynes; and great-granddaughter Rosalie Foreman. He will be greatly missed by his dearest friend Kitty Vigneau.

A Memorial Service and Celebration of Life will take place 11 a.m. on August 1,  at LakePoint Community Church, 1550 W. Drainer Rd. Oxford, Michigan 48371.  There will be a luncheon served immediately following the memorial service.

One Response to "Richard Kessler, 71"