Show them the money!

Federal dollars coming to a local government near you

By Dean Vaglia and
James Hanlon
Leader Staff Writers
As it stands, the Charter Township of Oxford does not yet have any of the $2,023,243 allotted through the American Rescue Plan Act (ARPA).

“Some communities are slated to get it (this) week,” Township Supervisor Jack Curtis said. “We will be probably closer to the end of October.”
Funds are distributed in partial sums, meaning the township expects to receive about $1 million before the end of October. While the funds have yet to come through, the township Board of Trustees has looked into what to do with the money once it arrives.

“We’ve assigned a committee from the township board,” Curtis said. “Curtis Wright, Margaret Payne and Bill Dunn … Their committee took the four categories in which you can apply the funds to.”
The act states funds can be used for public health initiatives, replacing lost public revenues and covering for other economic losses from the public health emergency, provide additional pay for essential workers and pay for water, sewer and broadband infrastructure projects.
With those categories in mind, board members and members of the public have submitted their ideas to the committee, which is tasked to determine how to use ARPA funds in the township. Some proposals include improvements to the water system and improving broadband infrastructure in the agricultural districts.
Things could not be any more different over in the Village of Oxford. Not only has the village received about half of the $372,201 allotted to it, but Village Manager Joseph Madore has already found a potential use for it.
“My recommendation to council … is to use it 100% for the water line replacement,” Madore said.
“I have a memo in regarding our water project that we’re working on next year for Hudson and Dennison. The costs are in

there and I think I even sent them another email a week or so ago telling them about how we got the funds and how I’m gonna be recommending they earmark it for that. … Seeing that we have this big water infrastructure mandate in front of us, my point is why don’t we just use it for that? We have to do the work.”

In Addison . . .
Addison Township is still waiting to receive its first installment of American Rescue Plan Act funds, according to Township Treasurer Lori Fisher. One half of the total funds is expected in 2021 and the other half in 2022.
The township is expected to receive $648,840 according to unofficial estimates from the Michigan Department of Treasury based on data from the U.S. Treasury.
The township board has until Dec. 31, 2024 to allocate the funds and until Dec. 31, 2026 to spend them. 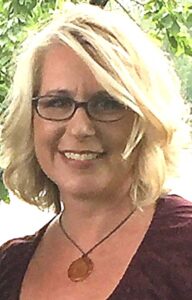 The board has not yet allocated any of the funds and is waiting on further clarification for how the funds are allowed to be spent. At the September meeting, the board tabled discussion of possible uses of the funds until December.
Leonard Village is estimated to receive $42,809. Funds are based on population.