With the resignation of  Oxford Township Trustee Elgin Nichols last month, a special video conference meeting is slated for tonight, Wednesday, at 6:30 p

.m. to interview candidates for the vacancy.

Tonight, the township board will interview three residents to fill Nichols’  seat. The board is expected to make an appointment after the interviews. The three township residents to be interviewed are Emily McClear, Jonathan Nold and Allen Schwartz 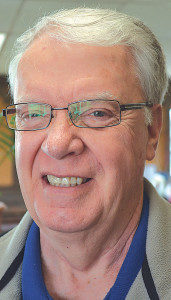 Meeting is being conducted via video conference due to the health concern of COVID-19 and  allowed by the Governor’s Executive Order 2020-15.

Trustee Nichols served from November 20, 2016 to March 15.  He also served on the Election Commission, Polly Ann Trailway Management Council and the Oxford Downtown Development Authority. As to why he chose to resign, according to the township’s Facebook post of March 4, “He and his wife have decided to move back to Bay County.”

Prior to landing in Oxford, he lived in Bay County and served on Kawkawlin Township’s board of trustees, planning commission and zoning board of appeals.  He spent 34 years as the owner and operator of Nichols’ Appliance, which had four stores in Bay City, Saginaw and Standish, more than 100 employees and did about $4.5 million in business annually. He also owned a television/radio studio and ad agency, and a kitchen design business.