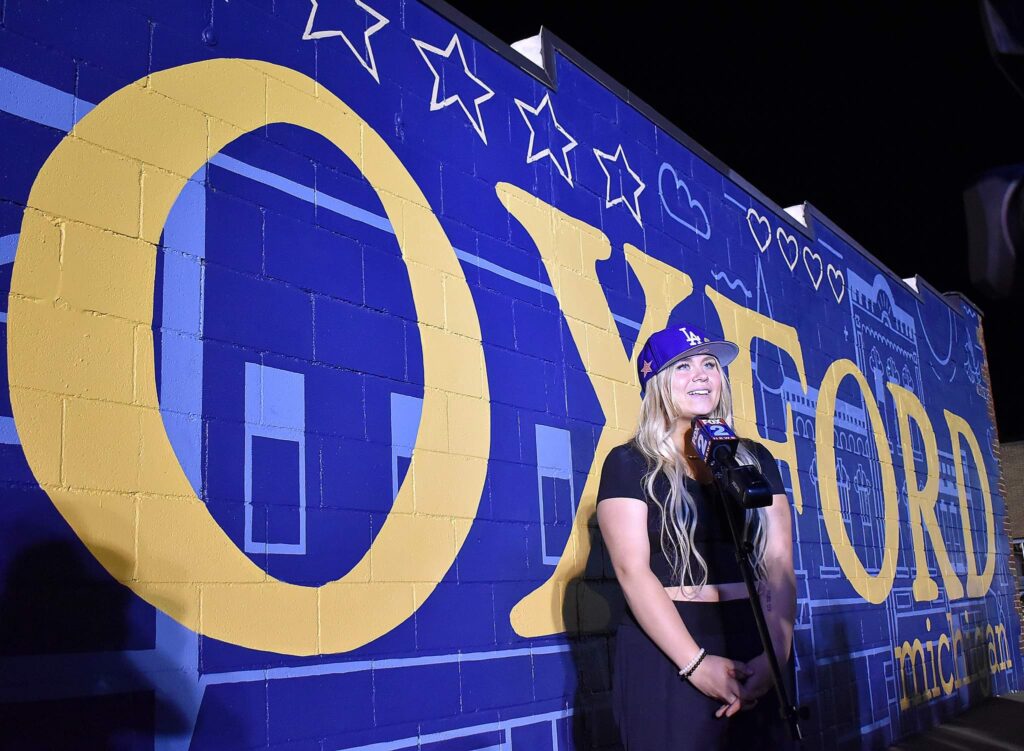 Ava “Swiss” Swieczkowski performed live last week on America’s Got Talent television show.
The 2022 Oxford High School graduate did not receive enough votes to continue competing
on the national show. After a nearly four hour flight from Hollywood, CA to Detroit, Swiss and
family were driven to Lake Orion and then Washington Square in Oxford Village for a surprise
“Welcome Home” event. All through town signs ushered well wishes for the singer. She arrived in
Oxford at about 9:45 p.m., sang the song Rise Up, and spoke to a crowd of about 400 people.
She was proud to be from Oxford and glad to be home. She signed autographs and stood for
photos until about 11:30 that night. She’s pictured here doing an interview with FOX 2, Detroit.
To read the story scroll down. Photo by CJ Carnacchio, Oxford Twp. Communications & Grants Mgr.