Athlete of The Week: Madison Pilecki 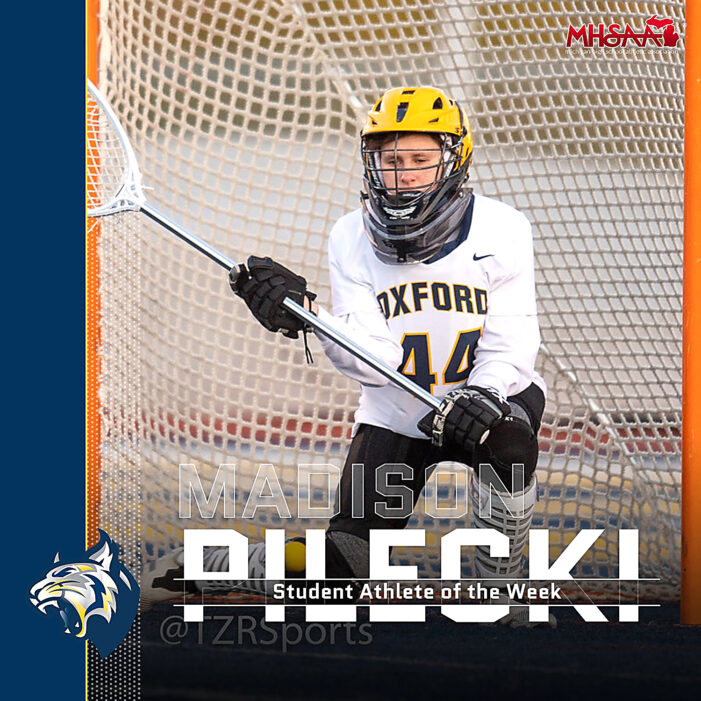 Madison Pilecki – Lacrosse “Loved and respected by her teammates, Senior Madison Pilecki has led the OHS Girl’s Lacrosse team to an early season record of three wins and two losses. As the Goalie, she has been the anchor of the team defense, allowing only six goals per game while also averaging six saves and […] 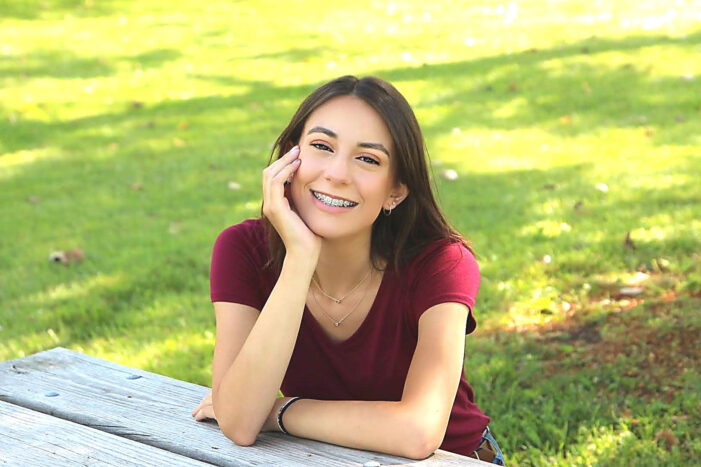 Parents: Paul and Kaussar Hurin GPA: 4.104 Favorite Subject: Band Plans after graduation: I plan to attend college (undecided) and study astronomy. Extracurricular Activities: I participate in marching band, dance classes, and I join in on various clubs when I have the time. Outside Interests and Hobbies: Art What did you learn about yourself during […] 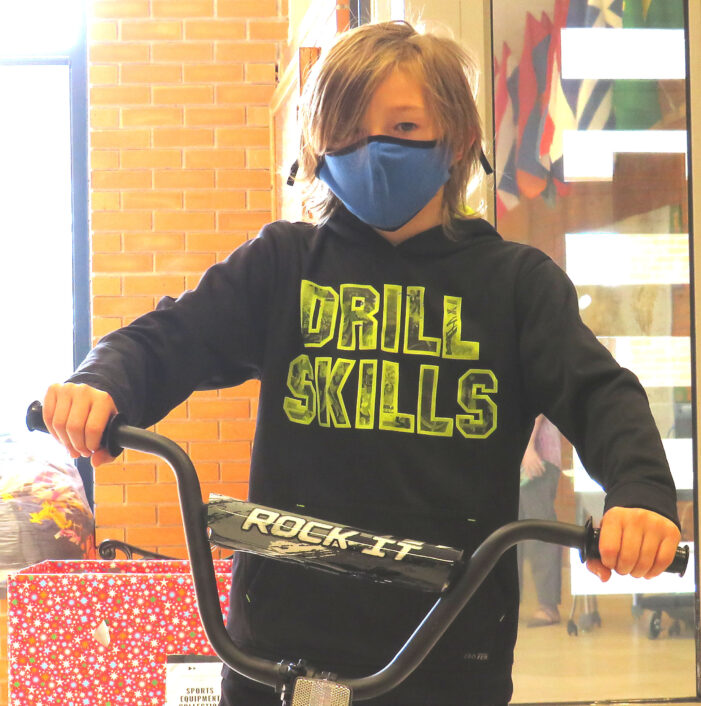 By Teddy Rydquist Leader Staff Writer As part of the “Bikes for Books” program by Oxford Masonic Lodge #84 and the district’s participation in “March is Reading Month,” two Oxford Elementary School students were awarded bicycles on the morning of Thursday, April 22. The winning students were Ben Potter, a member of Kelly Dorman’s third […]

Emma LaBarge Parents: Maureen and Edward LaBarge GPA: 4.084 Favorite Subject: Psychology Plans after graduation: I plan to attend Angelo State University in San Angelo, Texas to both major in premed and play volleyball. Extracurricular Activities: I am a part of the National Honors Society, played school volleyball and am currently playing travel volleyball. I […]

Athlete of the Week: Drake Biggie 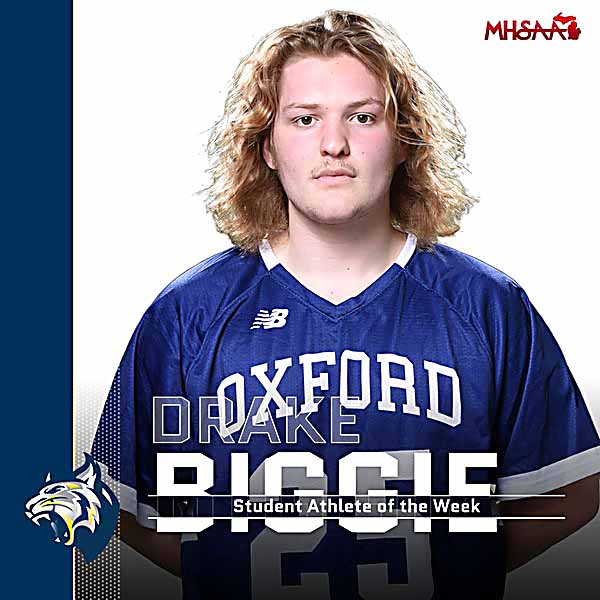 Drake Biggie – Lacrosse Drake has recently committed to University of Michigan-Dearborn! “Drake has always brought leadership qualities to any team I have coached him on. He shows a passion for the game of lacrosse, and I can’t wait to see him bring it to the next level,” Coach Shawn Regan. — by Bryan Brandeberry, […]

Hats for a cause 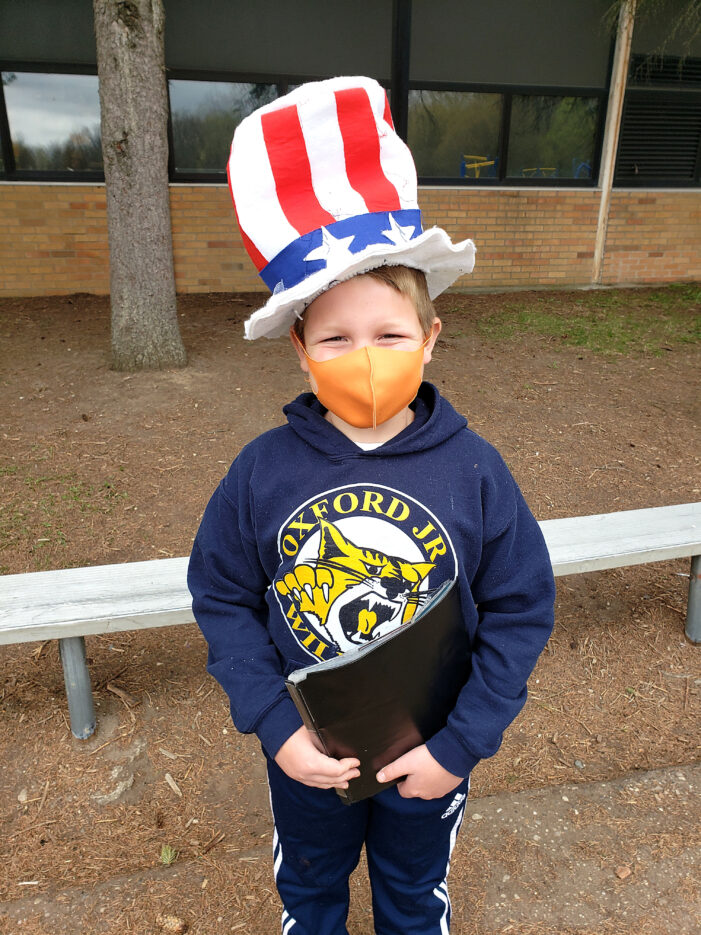 Leonard Elementary students raised around $335 for the Children’s Hospital of Detroit. Sage Brocco, a student at Oxford Schools Early College, reached out to Leonard’s Student Council to help him gather donations for his Capstone Project. His goal was to provide a book and crayons for each of the 228 patient rooms. 100 percent of […]

Riley Hodder Parents: Cale and Teresa Hodder GPA: 4.15 Favorite Subject: I like all math classes Plans after graduation: I know I’m going to college, but I’m still applying Extracurricular Activities: I am co-captain of the Oxford High School Equestrian Team, as well as a member of the NHS chapter of Oxford high school. Outside […]

A look at Oxford Virtual Academy 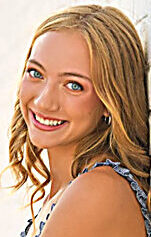 By Lauren Schiller Leader Student Contributor This year, students across the globe have moved to online learning. For many this is their first time learning outside of a traditional seated learning environment. Yet others, including many students within the Oxford area, have been learning virtually for years. Oxford Virtual Academy was founded in 2011 when […]

Gorillas on the line. Answer the call! 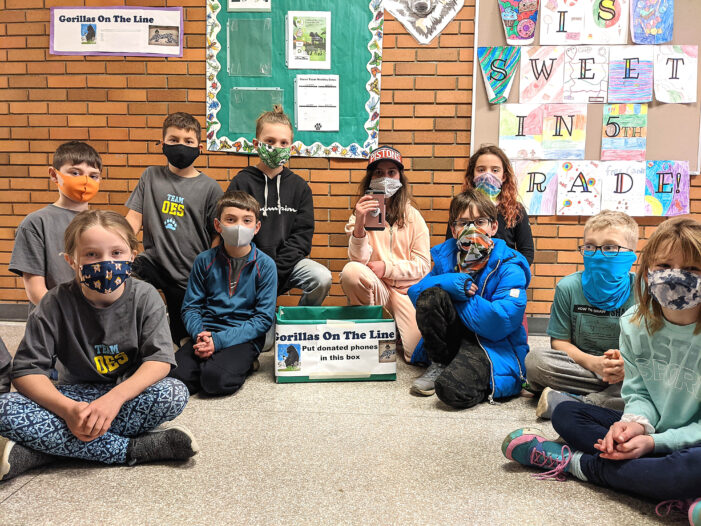 Cell phones (and other electronic devices) contain a rare mineral called coltan. It is mined from areas in Africa where endangered gorillas live. Recycling old mobile phones helps reduce the demand for coltan and protects gorilla habitats. The Green Team at Oxford Elementary School has partnered with the Detroit Zoo to collect old or broken […]

Athlete of the Week: Miranda Wyniemko 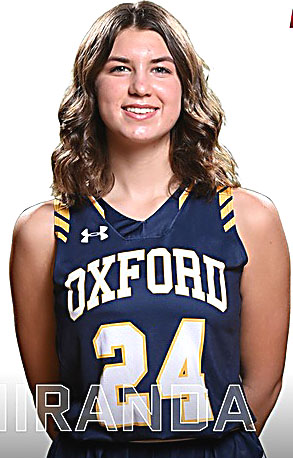 Miranda Wyniemko – Girls’ Basketball “Miranda Wyniemko (Reggie), has been an integral part of the Wildcats offense this season. Averaging nine points per game, and five rebounds. Her hard work in the off-season has paid off as she makes her mark as being a three point threat against any competition. Off the court, Miranda excels […]