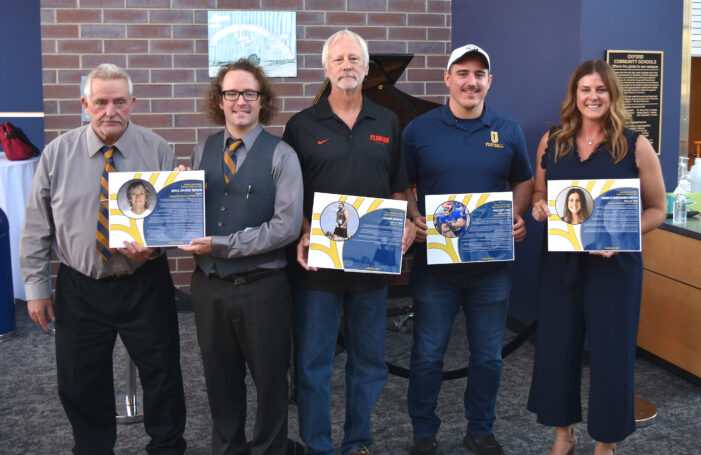 By Don Rush Family and friends of former Oxford Wildcat athletes gathered for dinner and ceremony on Sept. 9 for the Oxford High School Athletics Hall of Fame induction. Leading the induction ceremony was Athletic Director Tony Demare. He introduced the inductees or those representing inductees who could not attend. This year’s inductees were Gayle […]

Boys looking to gain momentum on the courts

By Don Rush The 2022-23 Oxford Varsity Boys Tennis team is coached for the second year in a row by Gayle Bailey, who has coached the girls team since 2013. There are 14 members of the varsity team, with four seniors returning. “Last year was a rebuilding year,” Coach Bailey said. “And, we are […] 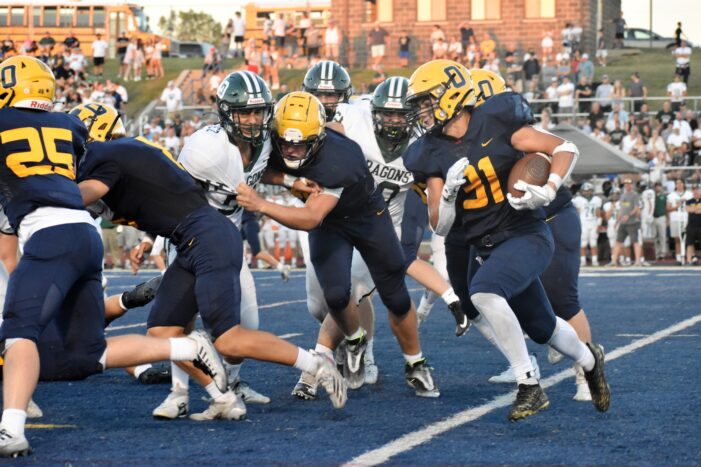 Wildcats to host Stoney Creek for Homecoming After an emotional victory over Birmingham Groves High School on Sept. 2, Oxford High School’s varsity football team was hoping to continue some home-town magic against cross-town rival Lake Orion, last Friday. At stake was the coveted Double O trophy, but when the final seconds ticked off the […]

10-year-old is already a racing ‘elite’ 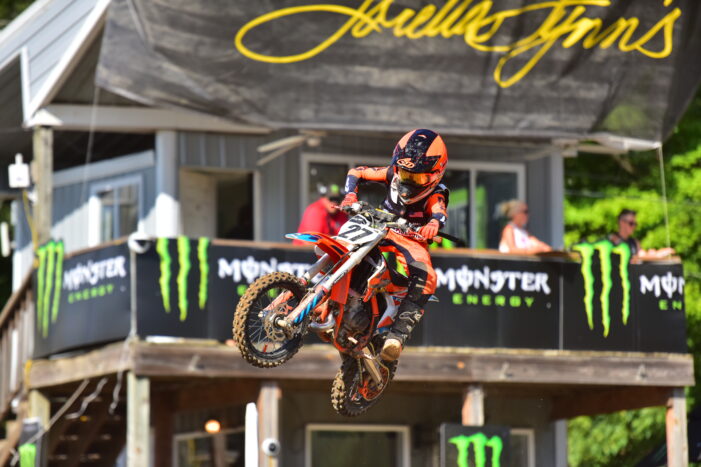 Motocross is his sport By Don Rush What do you do when you’re 10 years old and your family lives on what once was a 25-acre farm in Oxford? If you’re Joey Vicari you practice motocross, of course. Earlier this month Joey was one of 20,000 riders who attempted to qualify at the Monster Energy […]

‘Cats take to the field this Thursday 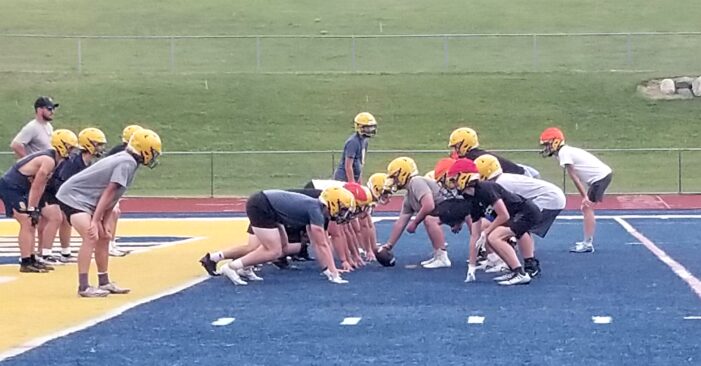 Ready to build on last year’s playoff run *editor’s note: the original version of this story has been changed to reflect the actual season opener, which is Thursday, not Friday as first reported. By Don Rush This Thursday Oxford High School’s varsity football team travels east to Romeo High School to kickoff their 2022 season. […] 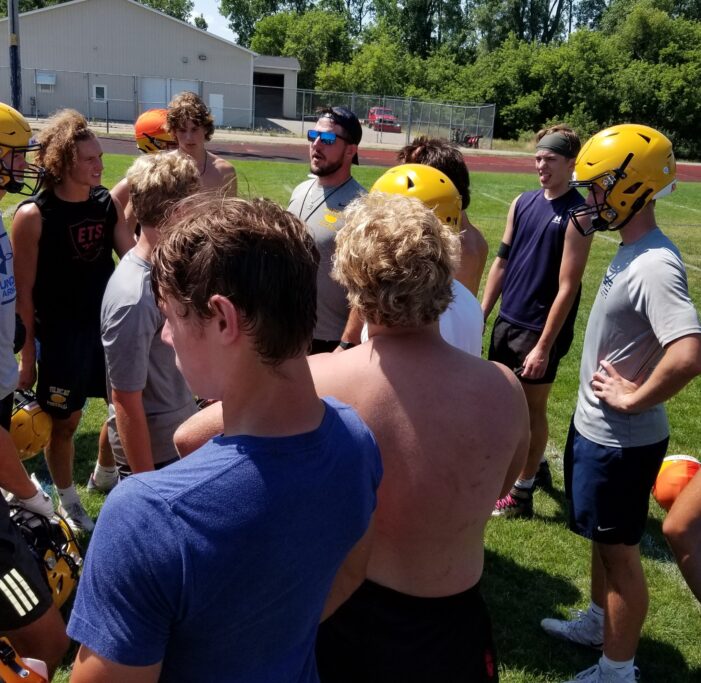 Friday night lights and high school football are returning to town at the end of this month. Oxford High School Varsity Football head coach Zach Line has been working with the Wildcats since July to get players ready for the season opener at Romeo High School on Aug. 26. Oxford’s first home game is the […]

Wildcats taking to the gridiron 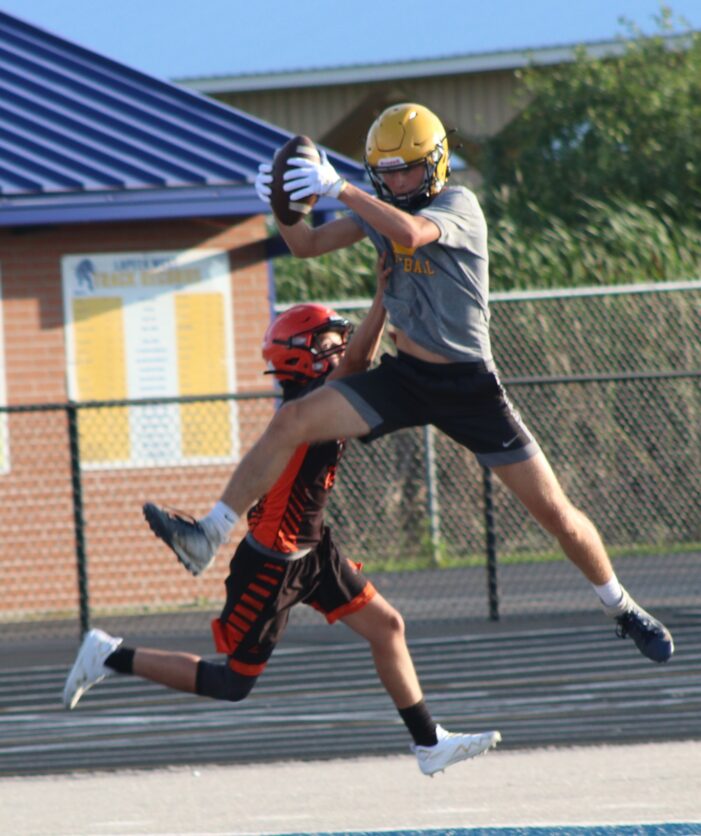 It’s July and 90 degrees – but that hasn’t stopped the Oxford High School football program from inviting students to participate in voluntary practices and scrimmages. Last week, freshmen through seniors got back on the field to stretch, run and to “sharpen the rough edges” after not playing for a season. Varsity coach Zach Line […]

At 5, Emil’s a soccer standout 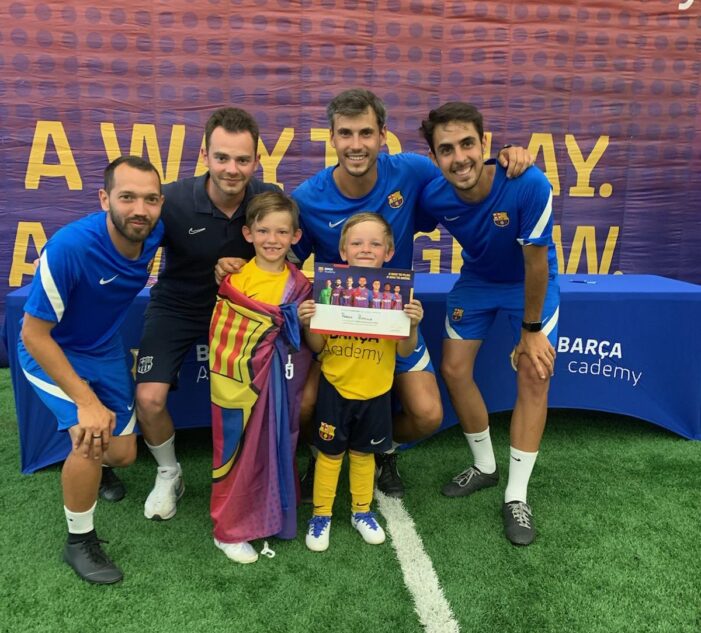 By Don Rush Little Emil Zieziula is only 5 years old, but he already has the eyes of one of the soccer world’s most respected organizations on him. He gained their attention after attending a five day camp with the Barcelona Soccer Academy in Brighton at the beginning of July. When it was all said […] 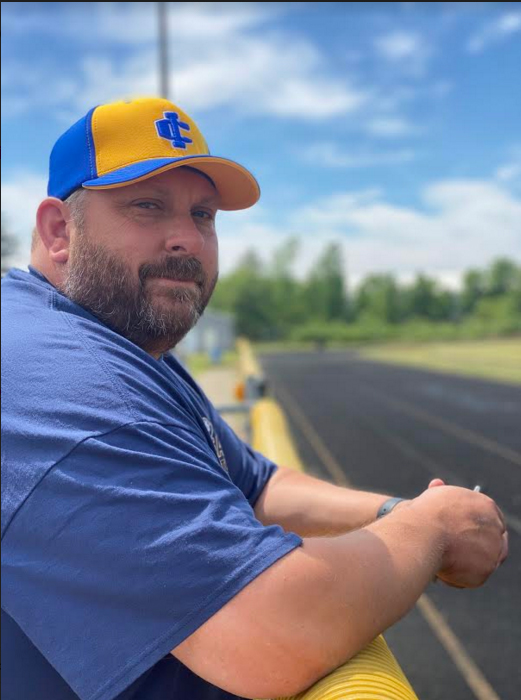 By Don Rush When Dave Brown last walked the sidelines for the Oxford Varsity Football Wildcats he was co-defensive coordinator. As of a couple of weeks ago, the Oxford teacher and resident has a new gig – he’s the new football coach at Imlay City High School. “I am extremely excited,” Brown said. “It will […] 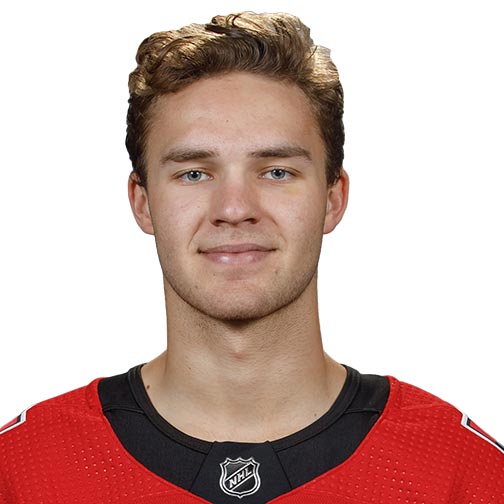 According to the National Hockey League’s Ottawa Senators website, on July 14 the team signed forward Josh Norris to an eight-year, $63.6 million contract. Norris is a native of Oxford. A release from the Senators stated the contract has an average value of $7.95 million annually and includes the following breakdown: $5 million in […]