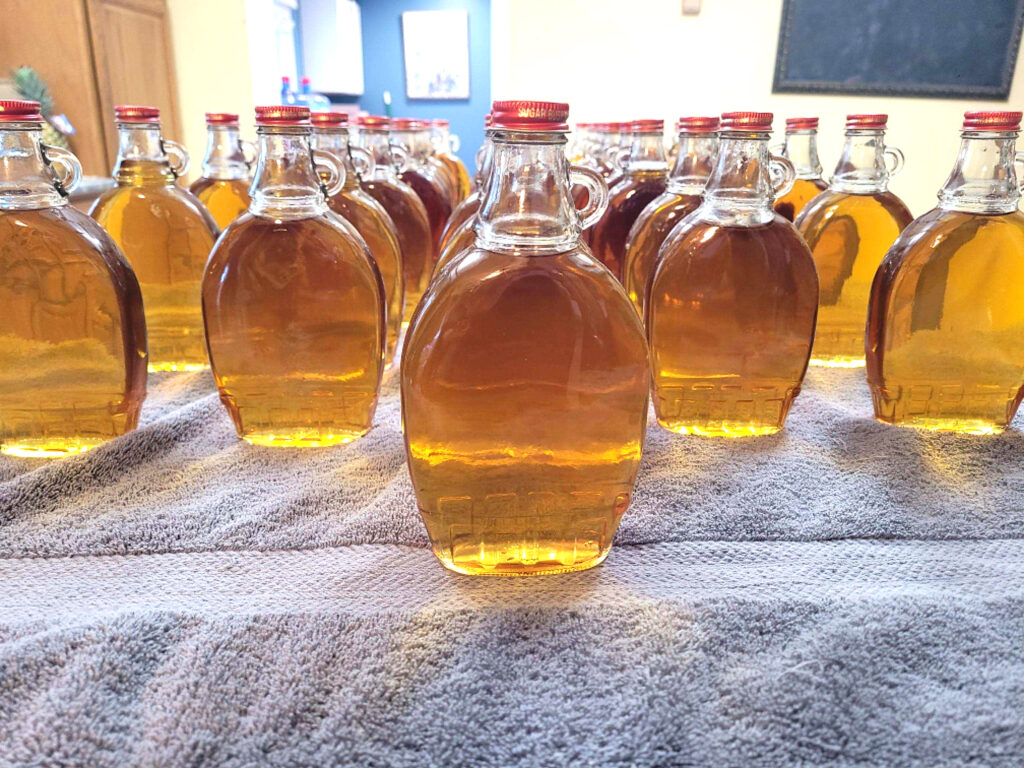 By Don Rush
It’s mid March and in the Oxford community that means one thing: time to tap the maple trees. We put out an alert on social media for local families who make maple syrup and received about 20 responses naming individuals, families and businesses who make the deliciously sweet syrup.
We decided to contact one family, that of Melissa and Tony Williams, who live between Herd and Baldwin roads.
“Tony is the maple syrup connoisseur,” Melissa said. “Although, it’s a family affair with our boys, too.”
This past weekend was their third “run” of the season. According to Tony, it was too cold to collect sap this weekend, however, he had already collected about 140 gallons throughout the week. 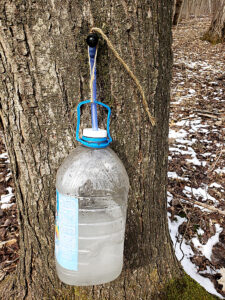 “We have 122 taps in the maples,” he said. “We tap Sugar, Silver and Red Maples.”
In about eight hours, that 140 gallons boiled down to three and a half gallons of maple syrup. The Williams family uses an evaporator that is heated by a wood fire. Tony said the sap boils at about 212 degrees.
“When the temperature rises to about 119, it’s basically syrup. When it reaches that temp I start testing with an hydrometer,” he said.
Hydrometers — which look like oversized thermometers — measure the density of the maple syrup. The denser maple syrup is, the more sugar it contains. The sugar percentage is measured in “Brix.”
“Once it reaches 59 Brix then I have syrup,” he said. “The sap evaporates at around 12 to 15 gallons per hour.”
Tony said after all the sap was boiled down to syrup it took another couple hours to filter and bottle. Bottling is done when the syrup cools down to 185 degrees. 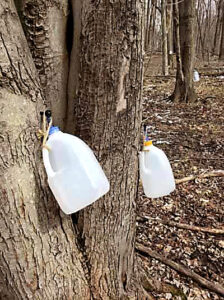 This was only the Williams family’s second year of making maple syrup. “We started with a much smaller evaporator and we were hooked. I immediately knew I wanted to upgrade our evaporartor . . . last year our evaporator only put out three to four gallons per hour.
“I can’t wait to see what next year brings. I’m thinking about building a Sugar Shack!”