Traffic signals go up, stop signs come down along M-24 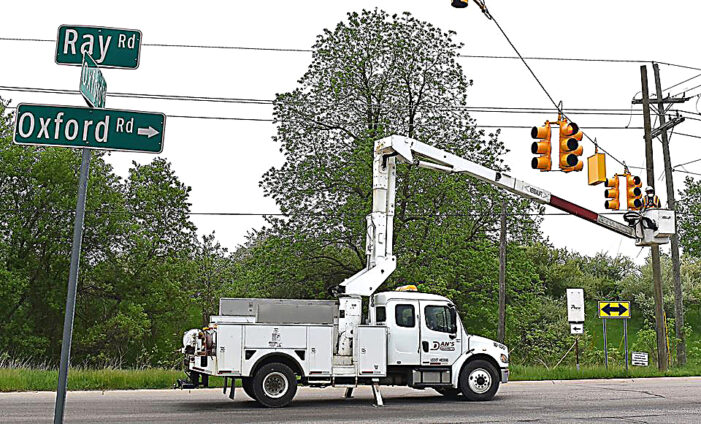 By James Hanlon Leader Staff Writer The M-24 northbound detour officially begins today, June 3. From now until mid-November, M-24 will be closed to northbound traffic from Drahner Rd. to Harriet St. Southbound M-24 traffic will continue to be one-lane-only. The detour will take traffic east on Drahner Rd. to northbound Oxford Lake Drive, then […]

Interestingly, on our eighth week of reporting the number of local COVID-19 cases, the number of cases and deaths in the area remains the same as last week, 87 cases, five deaths. Interesting becasue the numbers in both 48367 and 48370 ZIP codes shrunk by one each, while in Oxford’s 48371 ZIP gained two cases […] 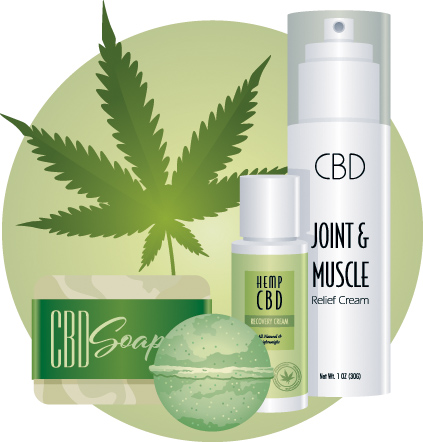 By James Hanlon Leader Staff Writer Recreational marijuana businesses will have to wait to set up shop in Oxford Village at least until the end of the year. At a special telemeeting May 26, Council voted to change the “repeal and sunset provision” of Ordinance No. 411 Prohibition of Marihuana Establishments, which “prohibits all marihuana […] 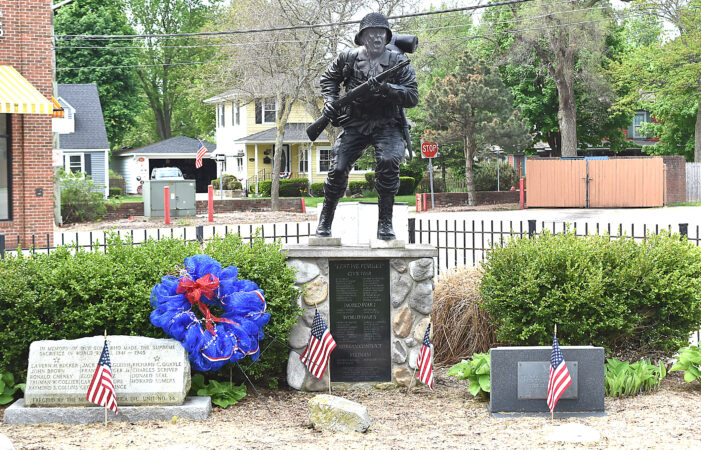 For the second week in a row, we are sad to report another community resident lost their life due to COVID-19, this according to Oakland County’s COVID by ZIP website. This is the fifth such death in our ZIP code areas of 48367, 48370 and 48371 since The Leader started its Monday morning tallies, on […] 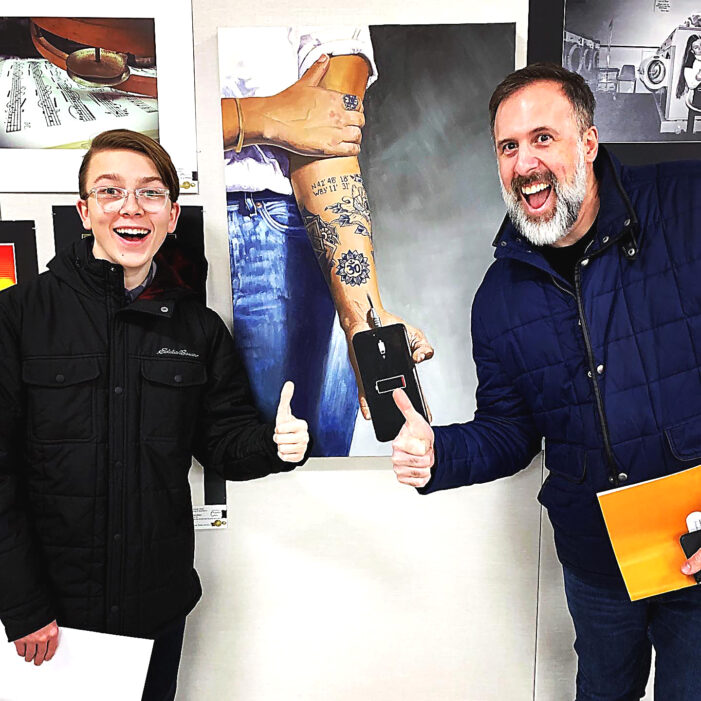 By Teddy Rydquist Leader Staff Writer A nationwide competition open to students in grades 7-12, the Scholastic Art & Writing Awards received more than 6,600 entries in their Southeastern Michigan region alone — 1,100 of these entries earned recognition, including eight pieces by three Oxford Community Schools students. Chief among the Wildcat standouts was Luke […] 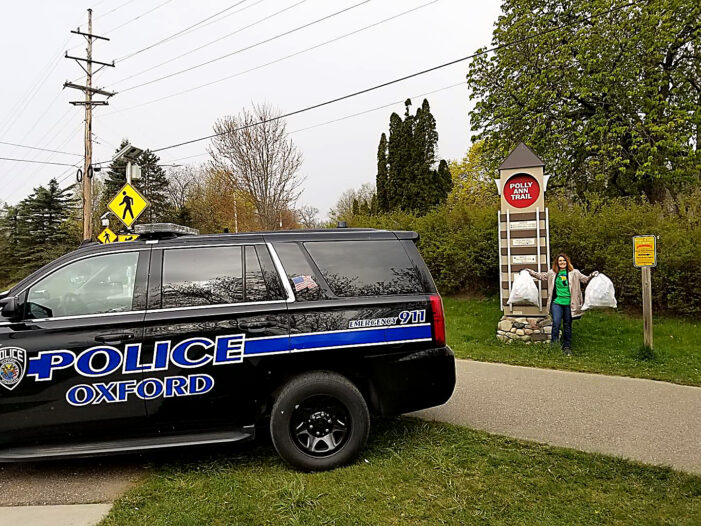 By Teddy Rydquist Leader Staff Writer Cans and bottles — returnables worth 10 cents each — have been piling up in the Oxford Village garage for the better part of a month. The mounds of can and bottles in plastic bags was due to a fundriaser to help the Polly Ann Trail. Split into two […] 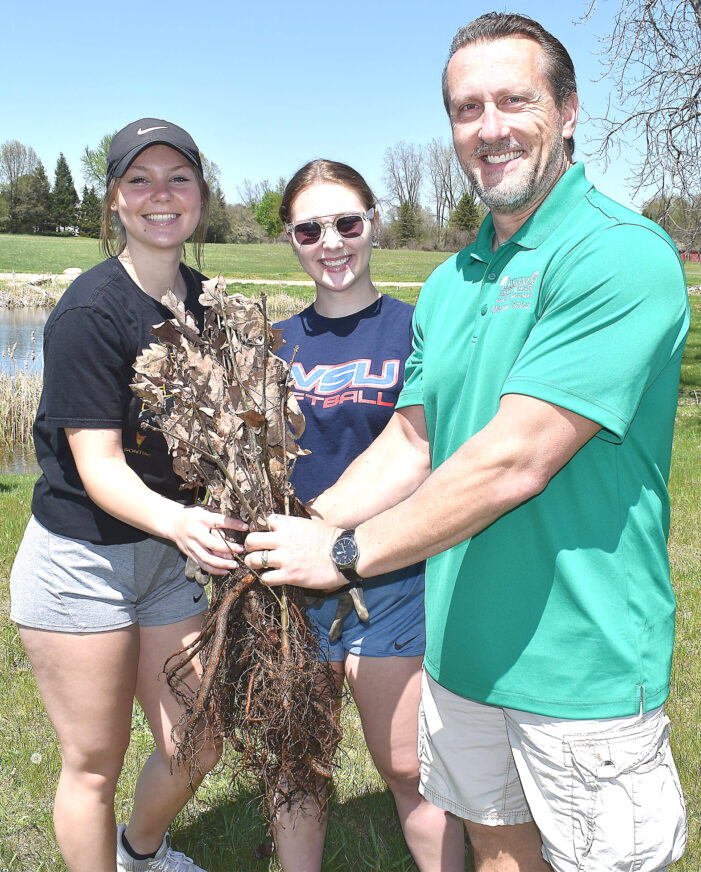 By James Hanlon Leader Staff Writer Oakland County turned 200 this year. To celebrate, the county is gifting 20,000 oak seedlings to communities around the county, including Oxford, through its Bicentennial Oak Tree Program. Oakland was organized on March 28, 1820, 17 years before Michigan became a state. The county’s population was 330 people. According […]

By James Hanlon Leader Staff Writer After over two month of shutdowns, mom and pop shops are struggling. To support downtown businesses, Oxford Downtown Development Authority has launched a crowdfunding campaign, called Love Oxford. The DDA will use the money raised to create micro-grants of equal amounts to distribute to qualifying downtown businesses, based on […] 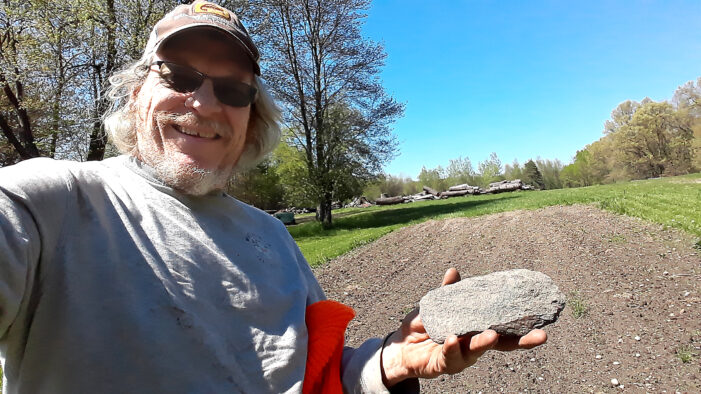 By James Hanlon Leader Staff Writer Mike Kubiak was clearing the ground for his backyard garden, when he picked up an odd looking stone. “As soon as I looked at it I thought, ‘Wow, that’s the shape of an axe!’ Just like that, it just jumped at me,” Kubiak said. The roughly flat, rectangular stone […]