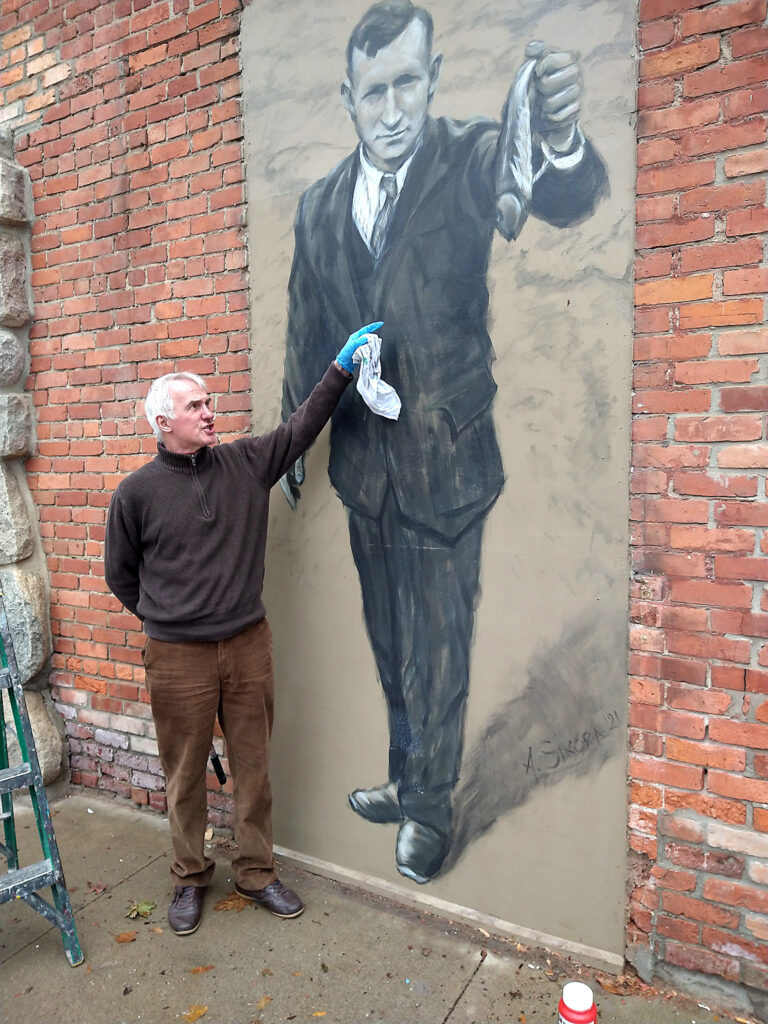 A dapper gentleman in an old-fashion suit holds up a fish on the corner of M-24 and Burdick St. at the center of Oxford. The man is Lyle “Red” Knapp himself – the founder of the original Red Knapp’s Dairy Bar in Rochester.
A new mural of the restaurateur is part of a facelift and renovations underway at Red Knapp’s American Grill at 2 N. Washington. The image is based on an old photo that owner Brett Knapp found of his grandfather holding a fish, presumably near Niagara Falls.
Red Knapp passed away in 1992. His descendants have operated the Oxford location since it opened in 1996.
— James Hanlon