On Sunday, Oxford Cub Scout Pack 366 paid tribute to the more than 200 veterans of the United States Armed Forces buried in Ridgelawn Memorial Cemetery on W. Burdick St.
Each gravesite was marked with a brand-new American flag in honor of Veterans Day (Nov. 11).
Prior to placing the flags, Den Leader Phil Castonia, who also serves on the Oxford Township Parks and Recreation Commission, made some remarks.
“On Veterans Day, we honor every man and woman who has ever worn the uniform of our nation,” he said.
But honoring those who served in the military “isn’t just about what we say here today,” Castonia noted.
“It’s about how we honor our veterans every day of the year,” he said. “It’s (about) remaining committed to supporting them and their families in every way that we possibly can.” 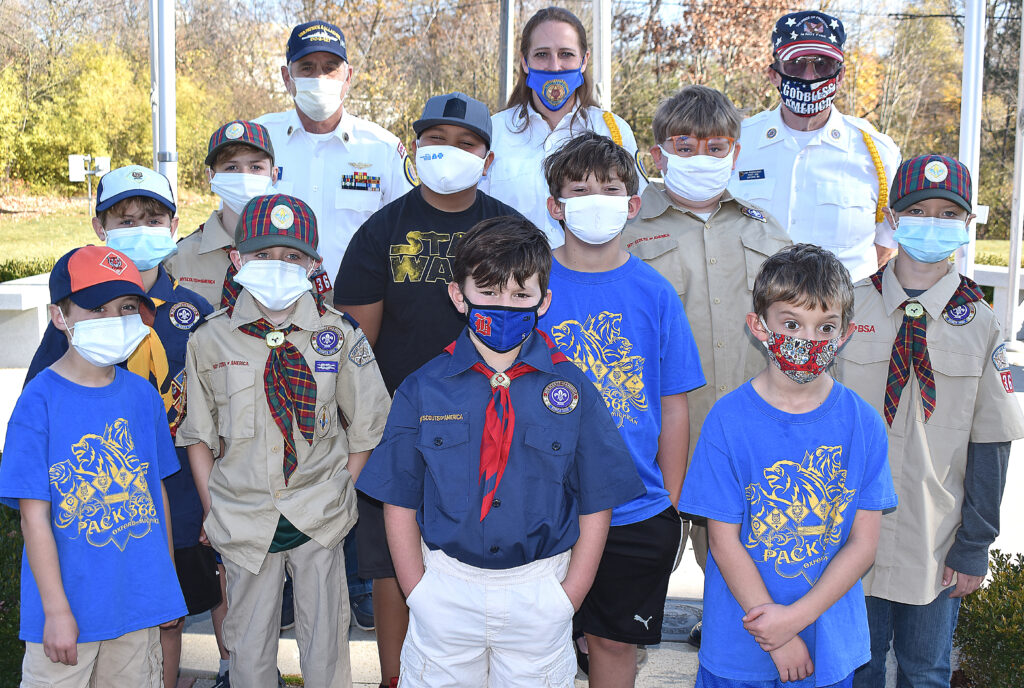