The white-washing of history ain’t my cup o’ tea.

The last four weeks or so have been kinda’ hard for this cat, sitting upon his loft, safely perched miles away from mayhem, watching.
Change is one of the only certainties we can count on, but I’m just not a fan of trying to make significant societal changes overnight — it hurts people.  Nor, am I particularly fond of placing today’s values and morays onto yesteryear’s actions. What am I, your lone voice of reason in a time of hysterical screaming, talking about?
I am diving in, head first, into all this malarkey surrounding the loudest people in the country taking it upon themselves to tear down statues they don’t like, vandalize monuments they don’t like, and shout down anyone they deem the enemy — also known as anyone who doesn’t walk lock-step with them or agree with everything they see and righteously virtuous (wow, I gotta’ admit, that was a mouthful).
Now, before you start petitioning to get me cancelled, before you start calling me an old, mean, bald white dude who’s past his “best used date,” hold on to your indignation. First, I now have hair — the picture here was taken in April when barbershops were closed down by the state. So, I ain’t bald.

Next, I am not opposed to change.
I am not opposed to protesting. I am opposed to change for change’s sake. Does there need to be a change in policing? Sure looks like it. Let’s talk about it. Let’s come together with some solutions.
In my vocabulary protesting is a right we are all endowed with for just being born. Looting is stealing and vandalism is a crime. Thugs are thugs. Tearing down statues because you don’t like the history is wrong. Is “white-washing” history a racist term?
If you don’t like that, how about “burying” history? Does that sit well with everyone?
The idea of getting rid of of historical things which can be offensive to some, to me, seems very short-sighted. Can illegal activities taken at the height of hot, emotional turmoil solve any of the redresses of the past? Does tearing down a statue of United States president Andrew Jackson change history?

Tearing down these statues just makes it easy not to honestly talk about these historic figures, the good, the bad and they ugly. Make no mistake, in the past, now and in the future, people are people. They are not all good. They are not all bad. They are a mix of their own experiences, in their own times.
How about we leave the U.S. president statues standing and let’s add plaques. Let’s reasonably discuss Old Hickory. Let’s talk about his capture as a teenager by the British during the Revolutionary War, the Battle of New Orleans, the Trail of Tears, his presidency and the owning and treatment of slaves. Let’s talk about the totality of one person’s life — not selected worst-of moments.

Let’s talk openly and honestly about these things so we do not repeat them.
Owning slaves, reprehensible as we all know it is now, was legal up until President Lincoln signed the Emancipation Proclamation in 1863. And, despite what U.S. Senator Tim Kaine speechified about last month, America didn’t invent slavery. Contrary to popular belief, we weren’t a nation when Europeans started colonizing the continent in the early 1600s and bringing their slaves with them.
Fact is Native Americans had slaves.
Africans had slaves (and some are still trading in human beings).
Islamic countries had slaves.
The Chinese, the Greeks, the Romans, the Egyptians and Sumerians had slaves. For as long people have congregated to form groups, people took slaves. If, in today’s fanatic zeal, we were to tear down anything that was touched by or bled on by slaves, wave good-bye to the pyramids, the great Colosseum, the Great Wall of China and more.
All gone.
History white-washed.
History buried. 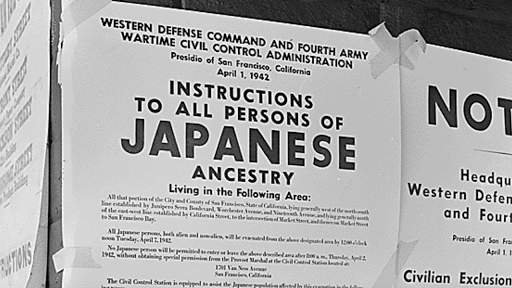 I got a question for you: Should we tear down statues and monuments of U.S. president Franklin Delano Roosevelt? Forget he led us through most of World War 2. Forget he led a nation through the Great Depression, created the Job Corp and Social Security. Forget all that might be good. This president took lawful, productive, tax-paying Americans from their homes and interned them in camps, just because of their Japanese ancestry.
Should we take down anything nice related to U.S. president Bill Clinton, because he abused his authority as president and took advantage of a White House staffer decades younger than him? I mean, even though the guy did some good, he #metooedtoo.
I am not really big into today’s world of tearing down things you don’t like, shaming people who have opposing viewpoints nor do I believe someone should be cancelled for whatever today’s intolerant cause is.
I’d rather build people up and have conversations. I’d rather reason would trump emotion. Heck, I’d like to reserve my right to change my mind. I base my opinions on the best information I have at the time I write ‘em. Guess what? Sometimes new, better information arises which will cause me to change my mind. Sometimes younger people have opinions which change as they grow and experience life (and, I believe that is called maturing).
So, you do not have to agree with me — but we can still be friends. We can agree to disagree. We can still be together, trying to do the best for our families, communities and country. We are all Americans. Tribalism — the either-or-ism some want, will lead us places we really don’t want to go.
Send your comments to DontRushDon@gmail.com

One Response to "The white-washing of history ain’t my cup o’ tea."